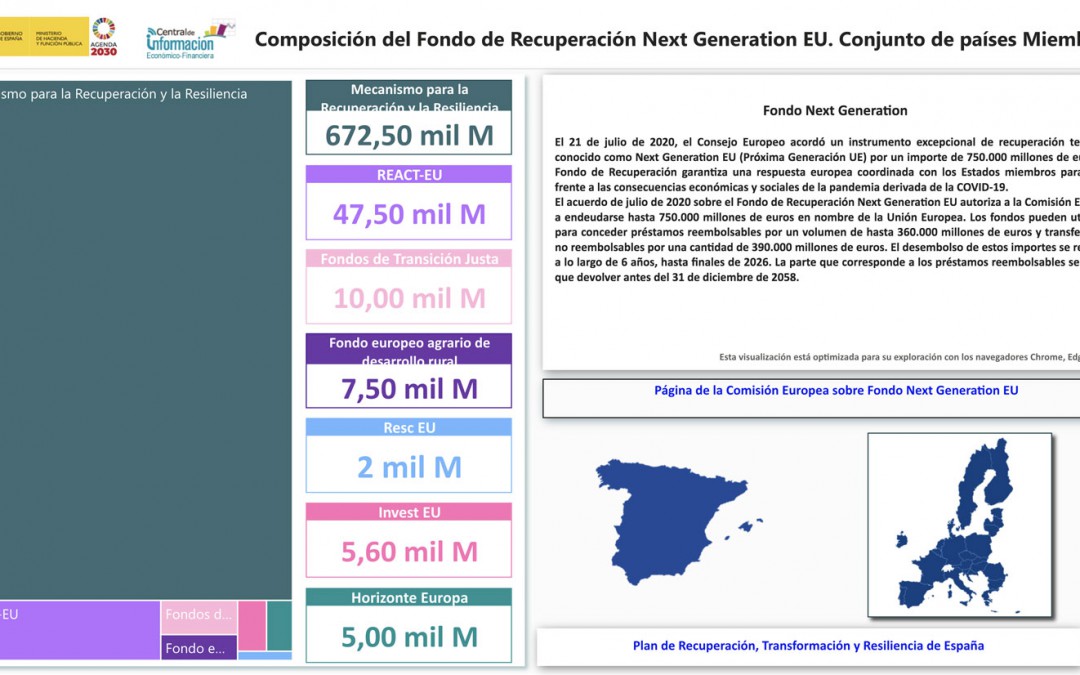 In July 2020, the European Council agreed on an exceptional temporary recovery instrument known as Next Generation EU, endowed with 750,000 million euros for all Member States. The Recovery Fund ensures a coordinated European response with Member States to deal with the economic and social consequences of the pandemic.

The funds can be used to grant repayable loans of up to € 360 billion and non-repayable transfers in the amount of € 390 billion.

The two highest volume instruments in the Next Generation EU are as follows:

The Mechanism for Recovery and Resilience (MRR) constitutes the core of the Recovery Fund and is endowed with 672,500 million euros. It is intended to support investment and reforms in Member States to achieve a sustainable and resilient recovery, while promoting the EU’s digital and green priorities.
The REACT-EU Fund is endowed with 47,500 million euros. REACT-EU funds operate like structural funds, but with greater flexibility and agility in their execution. REACT-EU will promote the ecological, digital and resilient recovery of the economy.
Next Generation EU will also contribute additional funds to other European programs or funds, such as the European Agricultural Fund for Rural Development (EAFRD) and the Just Transition Fund (FTJ), of which Spain will receive 720 and 450 million euros, respectively.